What is blockchain? The technology behind cryptocurrencies.

A blockchain? Yes, it is a science that is changing the way we live in almost every sphere. 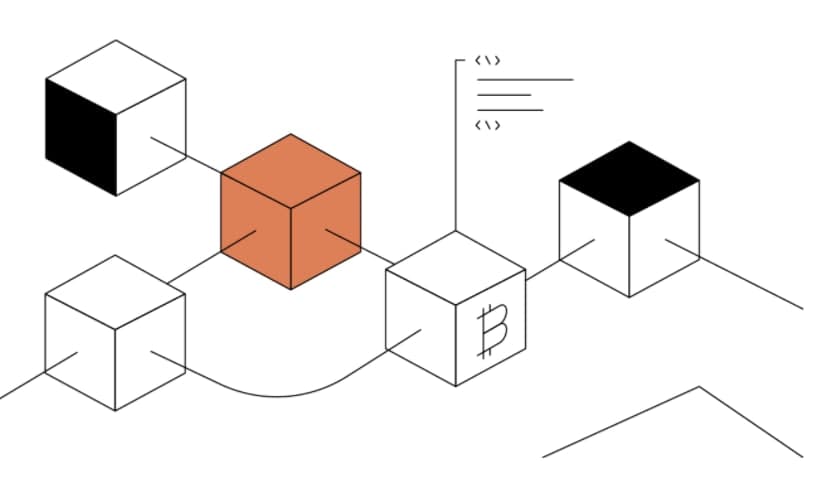 Blockchain technology is a distributed ledger that integrates a decentralized network in which users can send transactions and create applications without a central authority or server. Blockchain underpins networks such as Bitcoin and Ethereum, as well as thousands of applications that have utility and provide value in industries as diverse as finance, fashion and gaming. Thanks to constant innovation, blockchain could become a fundamental technology in our digital future.

Simply put, blockchain is a shared ledger of data - such as transactions or code - that is combined into blocks, verified and subsequently accepted as part of the blockchain by a network of distributed users using a consensus mechanism. Because each block of verified data contains a unique signature of data from the previous block, they are inextricably linked together in a "blockchain. The network-based consensus mechanism is the way in which the blockchain protocol agrees on how its underlying technical architecture will work.
The decentralized nature of blockchain networks makes industries such as cryptocurrency and decentralized finance (DeFi) possible, as evidenced by Bitcoin and Ethereum, and supports thousands of applications across the spectrum of business and human interaction.
Blockchain networks are driven by systems of coordinated incentives. A well-functioning public blockchain network requires a community of users, node operators, developers and miners who play roles in a mutually beneficial network ecosystem. For example: In many blockchain networks, rewards, such as a new cryptocurrency or transaction fee, motivate network participants to compete to validate transactions and create new blocks. This structure of reward and transaction validation also protects the network from criminal or fraudulent activity.

The intellectual roots of blockchain can be traced back to cryptographers in the early 1980s. However, the modern blockchain industry began with Bitcoin, a peer-to-peer (P2P) digital payment protocol released in January 2009 by pseudonymous creator Satoshi Nakamoto. Bitcoin's native cryptocurrency, bitcoin (BTC), is the largest cryptocurrency by market capitalization and the most well-known application of blockchain technology. Ethereum, launched in 2015, is the second largest cryptocurrency by market capitalization and has developed the technology further. Ethereum builds on the basic principles of Bitcoin's blockchain technology and has a different goal: to support an ecosystem of decentralized applications (dApps), platforms and digital assets.
There are several varieties of blockchain, each suitable for different use cases. For example, Bitcoin and Ethereum are public blockchains that are open source and allow anyone to use their technology or build on it, eliminating the need for a trusted third party to facilitate transactions. Alternatively, there are private blockchains, which restrict network participants through a system of permissions and are often used by corporations seeking to improve the efficiency of intracompany transactions.

Blockchain relies on a decentralized network of users to confirm and record transactions, rather than a central authority. This feature makes blockchain transactions persistent, fast, secure, inexpensive, and tamper-proof.
Persistence: Blockchain networks operate globally, 24 hours a day, 7 days a week.
Fast: Transactions are sent peer-to-peer directly from sender to recipient without having to go through one or more intermediaries.
Security: The distributed network of nodes at the heart of the blockchain provides collective protection against hacking and disruption.
Inexpensive: Without centralized intermediaries seeking rents, blockchain platforms operate at a lower cost.
Hack protection: Data is transparent and cannot be changed once it is entered into the ledger, which protects blockchain from fraud and other malicious activity. Similarly, anyone can view transactions submitted to public blockchain networks.
The industries that benefit from blockchain networks.

Blockchain technology has proven useful in industries ranging from finance to supply chain to real estate to gambling. Using smart contracts - that is, self-executable code stored and accessible on an immutable blockchain network - companies and individuals can avoid the expense and often ambiguity associated with hiring third parties to perform routine tasks.

Blockchain technology is also well suited for payments, as evidenced by bitcoin, bitcoin cash (BCH), litecoin (LTC) and many other payment-oriented cryptocurrencies. Blockchain is in many ways more efficient and globally accessible than traditional third-party payment providers.