✅ In late October, Facebook CEO Mark Zuckerberg announced in a video with popular star Tiktok Habi that Facebook Inc. was changing its name. Formerly known as Facebook Inc. the parent company behind Facebook, WhatsApp, Instagram, Messenger and Oculus is now known as Meta Platforms Inc. The name change symbolizes the company's future as it dives into next-generation innovation: the meta-universe. The meta universe is based on virtual reality, allowing users to experience and interact with the virtual world as if it were the physical world. 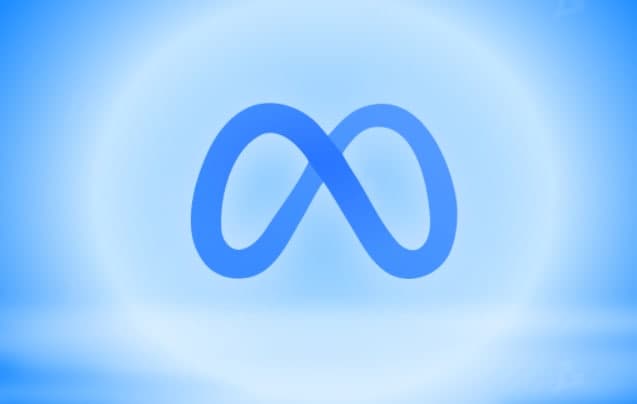 However, this move by Facebook - well, Meta - has sparked a massive backlash from users, governments and other corporations, and according to experts, for good reason. According to an article in Forbes, Facebook's plans to build hardware and software for the Meta universe could be a disaster for users' privacy. This means that Meta will install more sensors in people's homes, cars and offices, collecting more data from users - but as previously shown, Meta (Facebook) cannot be trusted to maintain data privacy. Why would they keep more data private?

However, Meta executives claim that the metaverse has been in development for a long time, and they plan to build it responsibly. In an interview, Andrew Bosworth, vice president of Facebook Reality Labs, said Meta will keep users' data private as they seek to be socially responsible by working with experts in the field. They will bring in several partners, including the human and civil rights communities, to build the metaverse "in a way that is inclusive and empowering."

In addition, the company will release a $50 million investment fund for its research programs in the meta-universe world to ensure that products are created and developed for all.

The dark path to creating a meta-universe

Facebook has shown time and again its disregard for data privacy. The company's artificial intelligence algorithm has been in the spotlight for aggressive marketing to humans, as the company has faced accusations of selling data to third parties without their consent. As a result, a huge percentage of people have deleted Facebook-owned apps or reduced their use, citing a lack of trust in the company's data privacy policy.

After Apple improved data privacy and expanded privacy features on iPhones, users have gradually moved to the company's side, demanding that Facebook do the same. However, as the meta-universe evolves, things could get worse for Meta users when the project takes shape.

Some have even called Facebook's name change to Meta "a distraction from the privacy allegations they face." Facebook whistleblower Francis Haugen shared with the Associated Press that the meta universe could be a ploy to strengthen Facebook's social media monopoly as they hide under the guise of creating a meta universe.

"If you don't like the conversation, you're trying to change it," Haugen said in reference to Facebook's name change to Meta.

A new solution for digital identity

The rise of powerful big data companies could be the end of data privacy, many users fear. But developers around the world are gradually creating blockchain-based solutions to combat data breaches and data privacy issues. As the meta-universe evolves, users need to protect their data and digital identities from powerful corporations, so they are moving toward decentralized solutions.

One such platform is SelfKey, a digital identity system designed to reform and revolutionize the way the world views, manages and processes identity-based data and transactions using blockchain technology. SelfKey is built on the Ethereum blockchain and uses its KEY token, which is an ERC-20 compliant cryptographically secure token, to protect users' digital identity and maintain data privacy.

Launched in 2018, the platform offers digital identity solutions that allow individuals and corporations to truly own, control and manage their identities. Aimed at fintech products and services, bank accounts, residences and cryptocurrency portfolio management, the platform ensures that every transaction or data transfer remains completely under the control and discretion of the user.

SelfKey aims for the coming world of the meta-universe to provide users with a secure and decentralized platform to store, verify and use credentials in a non-storage wallet. Users can also put their KEY tokens on their digital identity to make sure they are legitimate identity holders and receive rewards in return. The platform uses a consensus proof-of-identity (POI) algorithm to keep users' data safe and secure - unlike Facebook, now Meta.

Building a decentralized future for Meta

Blockchain changes the game by allowing users to own their own data, and these same principles must be followed when building a metaverse. Simply put, the lack of decentralization and privacy can open the door for unscrupulous actors to dubious methods of dealing with vast amounts of data.

Solutions such as SelfKey and the KEY token are designed to provide a new perspective on the metaverse through identity verification using NFT "Living Avatars." Non-playable tokens, or NFTs, have been used to promote digital art as prices for most NFTs skyrocket in 2021. However, NFTs are not just a quick money-making scheme, as their key function is to authenticate and confirm ownership of digital assets. This can be replicated to authenticate real assets, especially for digital identity.

For example, SelfKey's Living Avatars NFTs give users control over their own digital identity, allowing them to protect their data, identity and prevent Sybil attacks.

As Facebook develops its metaverse, most users remain skeptical about how they will prevent data breaches and stop selling to third parties. Blockchain technology helps address users' low trust in big data corporations by giving users full control over their own data and digital identity. In the event that a meta-universe ever emerges, centralization could leave power over our data to a single company - probably Meta, given its successes to date.

In the future, blockchain and decentralization should be at the heart of the meta-universe to avoid this. Solutions such as SelfKey can help develop a secure, confidential and free meta-universe.