Tesla has added a bitcoin payment feature. Tesla will not convert the BTC it receives into fiat.

Anyone who buys a car from Tesla in the U.S. can now pay for it in bitcoin, CEO Elon Musk said Wednesday.

Musk posted the news on Twitter about six weeks after his electric car giant announced plans to begin accepting payments in the world's largest cryptocurrency. 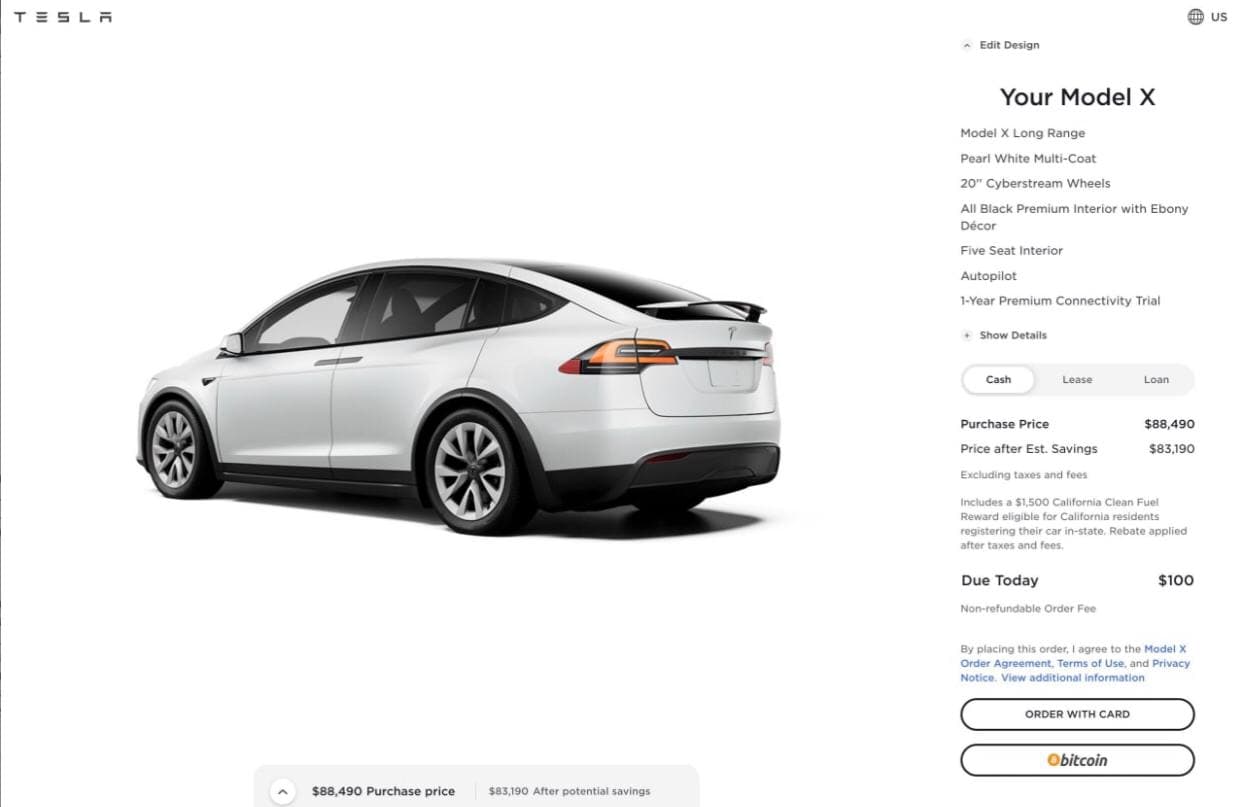 Tesla's website now offers the ability to use bitcoin to put down $100 to order a new car. The company has also published a set of conditions for bitcoin payments that warns customers about the volatility of the digital currency brand.

In a series of tweets this morning, Musk said Tesla plans to make bitcoin payments available outside the U.S. later this year. Silicon Valley will also keep bitcoin payments as cryptocurrency rather than converting them to cash, he said. 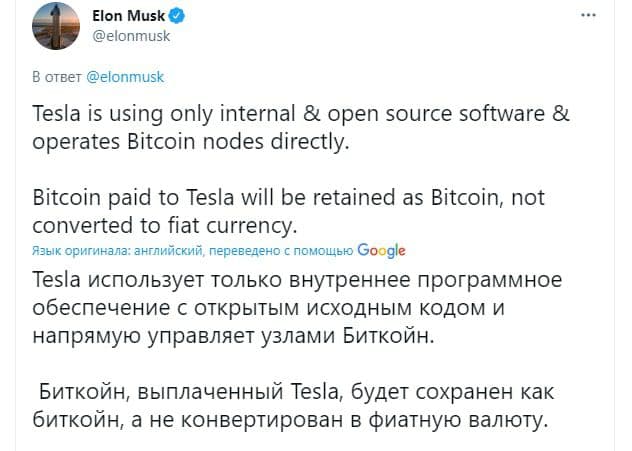 Wedbush Securities analyst Daniel Eaves expects bitcoin to account for less than 5 percent of Tesla's transactions over the next 12 to 18 months, though that rate could rise as cryptocurrency becomes more common in the coming years. 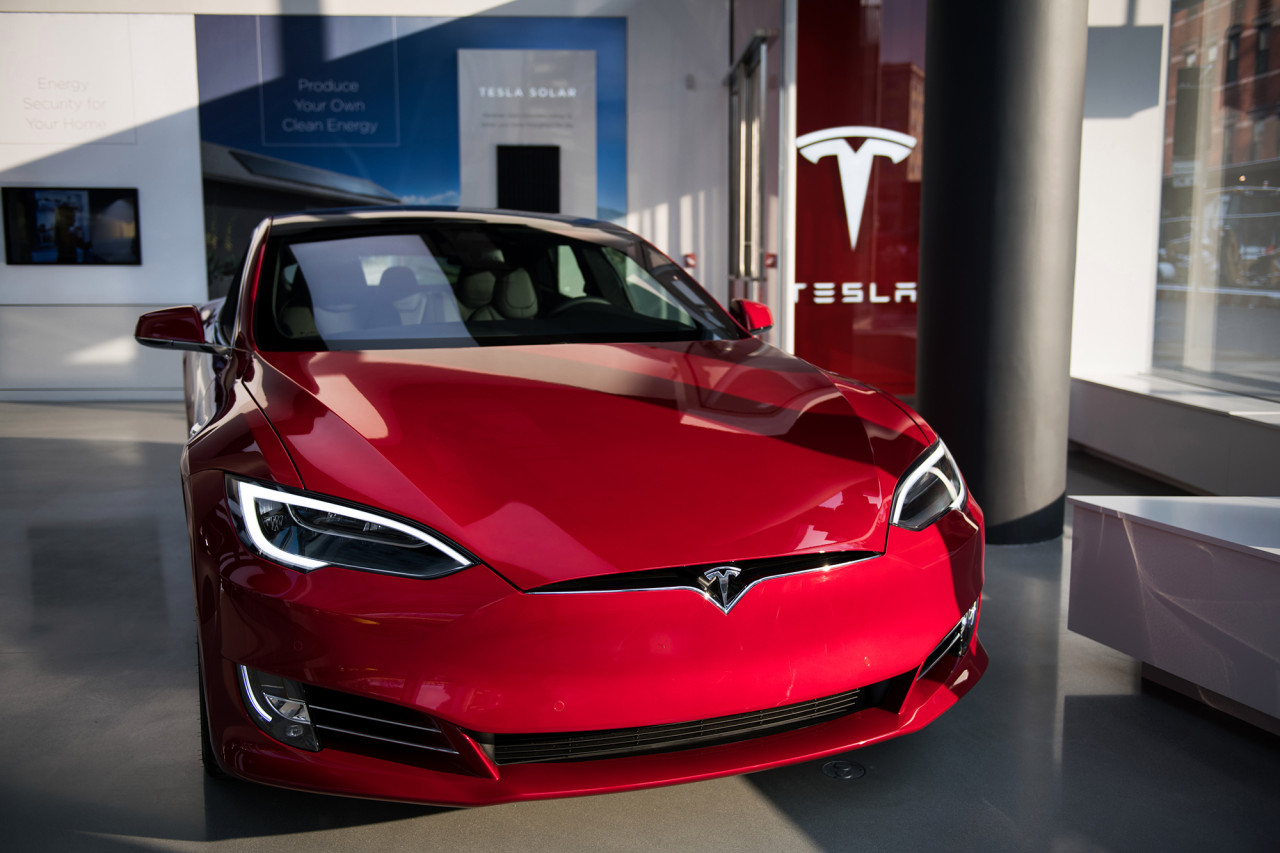 While Tesla's decision was a win for crypto fans, buyers may want to be careful if they use bitcoin to buy one of the company's expensive cars.

Tesla's new terms warn buyers that they are responsible for entering the correct address and bitcoin amount into the digital wallet software they use to send the payment.

Shoppers who send more bitcoin than the stated purchase price will not be eligible for a refund of the additional amount, the terms and conditions say.

Tesla also reserves the right to issue refunds for crypto purchases in either bitcoin or U.S. dollars. Because the price of bitcoin changes by the minute, the value of a bitcoin reimbursement relative to U.S. dollars "could be significantly less" than when the original purchase was made, according to the terms and conditions.